Please excuse our appearance while our site is being redesigned.

LIFETIME ACHEIVEMENT
The lifetime achievement award is granted to a business professional with a legacy of community involvement. The winner of this award must be a current of former member of the Kennebec Valley Chamber and have made a lasting impression upon the business community in our region. 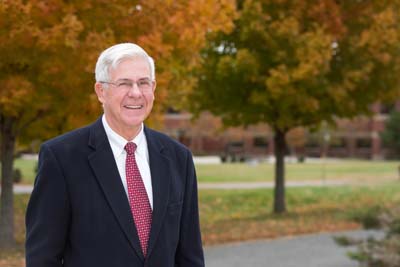 Peter Thompson defined his remarkable work ethic at a young age, holding several jobs before his 15th birthday.  He went on to complete his degree in Journalism at the University of Maine and then joined the Army as a Public Information Officer. When he returned home, he worked for CMP and volunteered for many community events. Peter was elected Mayor of Augusta for 4 consecutive terms, starting in 1981, and spearheaded some major improvements aimed to move Augusta forward. Peter became the President and CEO of the Kennebec Valley Chamber of Commerce after his terms as Mayor. Much of the success in our region that we celebrate today was made possible, in part, by Peter’s leadership.

LARGE BUSINESS OF THE YEAR
The Large Business of the year is a Kennebec Valley Chamber of Commerce member that has embodied excellence and demonstrated consistent growth and job creation for at least four years. This business is recognized for excellence in their industry by top-notch management, staff development, and marketing practices and is known for investment and leadership in the Kennebec Valley. 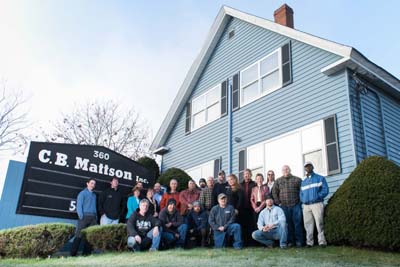 Todd Mattson took over C.B. Mattson from his parents in 1975 and sought to provide property management services from Damariscotta all the way to Fort Kent. They currently manage over 28 properties - ranging from commercial units, to family homes, and senior housing. C.B. Mattson has grown to 21 full time and 10 part time employees. Many of these employees have been with the company for over 20 years – an accomplishment that Todd credits to the culture of the organization. He believes that the key to success lies in having a team that comes to work every day to do their best. At C.B. Mattson, they don’t cut corners and they work as a team to meet the needs of their residents.

SMALL BUSINESS OF THE YEAR
The Small Business of the Year is a Kennebec Valley Chamber of Commerce member with at least four years of excellence within their industry and involvement in the Kennebec Valley. This business must demonstrate revenue growth, and job creation in our region, have superior management, staff development and marketing practices, and offer an innovate and creative product. 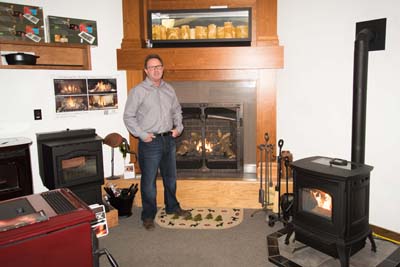 Rocky Gaslin started making his living as a chimney sweep right out of high school. He quickly saw the opportunity to start a business and rented a small space from a Pool Company and later hired a mason to join his team. The business eventually outgrew their space and found their current home on Route 3 in Augusta. For the past 35 years, Rocky and his wife Barbara have served over 100,000 customers, coached youth sports and supported many charitable organizations. As any coach would, Rocky gives all the credit to his team for their success. Today Rocky’s has 9 full time employees who sell and service all major brands of wood, pellet and gas stoves.

PRESIDENT’S CHOICE AWARD
The President’s Choice Award is given to a Kennebec Valley Chamber Member that displays an exemplary business and community image. This awardee must have been in business for at least 2 years and demonstrated revenue growth and job creation. Each of these nominees is widely recognized for leadership within their industry. 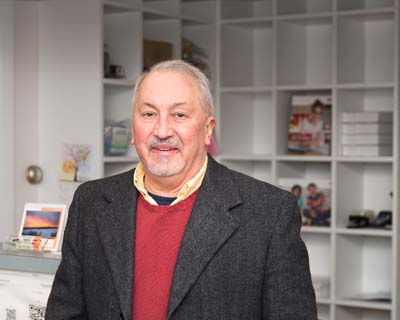 Known throughout the region for their stunning Christmas light display, Augusta Orthodontics has been located at 132 State Street in Augusta for nearly 25 years. Dr. Darryl Zeleniak, D.M.D., M.S.D., affectionately known by his patients as Doctor Zee, and his staff make the procedures they offer pleasant and fun. They take pride in the smiles they are able to offer the Kennebec Valley Community and are happy to share that you do not, in fact, lock braces when kissing someone else with braces. 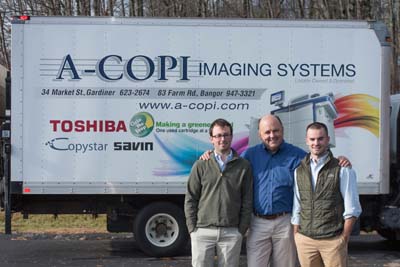 After 12 years in the copier business as a Transco employee, Robin Spencer took a break from working and spent time building his new home. He was eager for some down time. His customers, however, continued to call him at home to ask for his advice and to stay in touch. At this point, Robin decided that he had an obligation to get back into the business.  He partnered with 2 other gentlemen and created A-Copi. Today, Robin has taken sole ownership and has grown A-Copi into a leader in the field with over $5.5 million in sales, 2 locations and 30 employees. A-Copi has made an impact in our community through support of the A-Copi Tennis Center, the YMCA and numerous other organizations. Along with their sons Evan and Ben, Robin and Terri look forward to continuing to provide the right product at the right price, and helping the Kennebec Valley thrive. 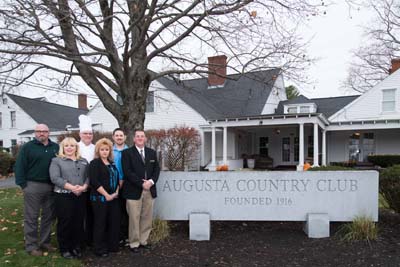 One hundred years ago, three men pursued their dream of creating a golf destination in the Augusta area and today, we celebrate an institution that has become a true gem in the Augusta Community. The Augusta Country Club offers their members and guests 18 holes of golf, tennis courts, and a private beach. They give back to their community by holding 12-15 fundraising golf tournaments per year. Director Jason Hurd says that it’s the service that sets them apart and credits the fantastic staff with creating a warm atmosphere for their members.

COMMUNITY SERVICE AWARD
The Community Service Awards is given to a Kennebec Valley Chamber of Commerce Member that is extremely active in the betterment of our community. This person is recognized by their peers for integrity and performance and have a proven track record in community leadership. 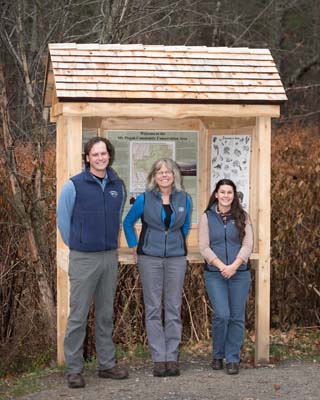 future generations. In 1990 they acquired their first conservation agreement with the Vaughan Woods in Hallowell, which remains a vibrant and active part of Hallowell’s community. Today they provide over 5,169 acres of public access preserved lands in our region including over 40 miles of walking trails. Kennebec Land Trust’s goal of providing education outreach and working to ensure that communities grow in a thoughtful manner, makes a difference in ensuring that future generations will be able to enjoy the natural beauty of the Kennebec Valley as we know it today. 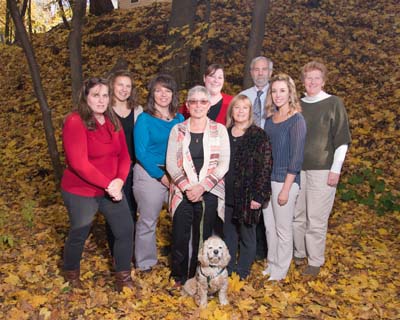 In 1997 a group of community service organizations combined to form the Healthy Communities of the Capital Area. Based in Gardiner, and led by Joanne Joy, Healthy Communities of the Capital Area serves over 18 communities throughout the Kennebec Valley. They exist to convene people, organizations and communities to collaborate on quality of life and public health issues. Some of their more recent achievements include; ensuring that our River Trail is smoke free, creating a program which employs inmates to glean excess crops to provide to schools and providing community forums on the growing opiate concerns. This incredible organization has become an extremely valuable resource in our region. 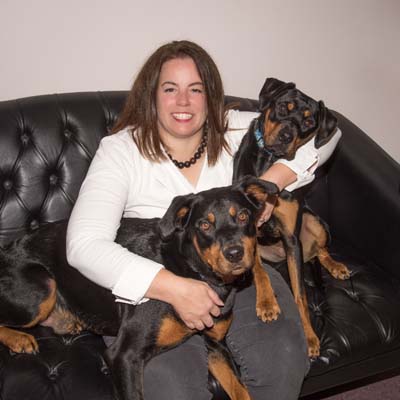 Karen MacGillivray, was living in Toronto, Canada when she and her husband, Bruce, applied to be owners of a U.S. based Tim Horton’s. They were offered the new store in Augusta, Maine and quickly accepted. Currently a realtor for Century 21 Venture Ltd., Karen credits her upbringing with her desire to give back to her community. Currently, Karen serves on the board of directors for The Children's Center, Augusta Boys and Girls Club, United Way of Kennebec Valley, Kiwanis Club of Augusta and the Kennebec Valley Humane Society. Bruce not only supports Karen’s many volunteer efforts but is often right beside her at events and willingly accepts tasks that she nominates him for at meetings.

CYNERGY YOUNG PROFESSIONAL AWARD
The Cynergy Young Professional Award is given to a Kennebec Valley professional between the ages of 21 and 40. This person has shown exemplary leadership for the past two years and is recognized by their peers for their unwavering commitment to their community. 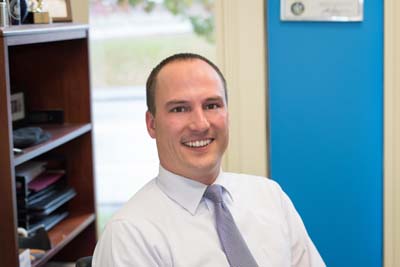 Hailing from a large family in the Kennebec Valley region, Nate Cotnoir’s belief in giving back to his community is second nature. When Nate returned to Gardiner after college, he began to serve on numerous boards and committees throughout the region. Nate credits his wife Jamie for supporting him in donating his time and energy to these causes—they desire to instill the value of volunteerism to his son Ethan. Nate’s goal is to see our region thrive and prosper so that the younger generation can find rewarding careers in the Kennebec Valley. 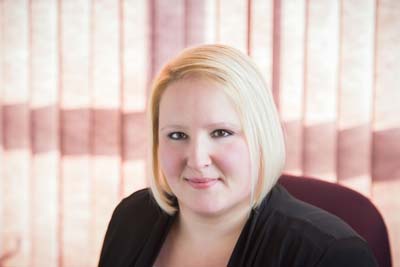 Sara Bangs was raised in Augusta with a tremendous work ethic and a heart for helping those in need. She worked through High School in the banking industry and remained there after graduation. She began volunteering for company events and as she moved into a management position, her job afforded her the opportunity and connections to get more involved. She now is excited to expand her service through her new position as the Development & Communications Manager at Sexual Assault  Crisis and Support Center. Sara serves on the boards for United Way of Kennebec Valley, Red Barn Cares Foundation and Lithgow Library. In addition, she volunteers for numerous other organizations, whether at specific events or serving on standing committees. Sara and her fiancée Ryan work to instill the spirit of service in their sons Trent, Jackson and Caleb. 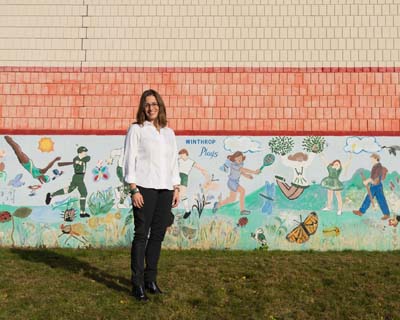 Sarah Fuller credits her experience as a Girl Scout in Albany, New York for her sense of civic duty and love for the environment and the outdoors. She attended George Washington University in Washington, D.C. to be close to environmental policy as it was being made. During that time she became very active in civic groups and community programs. Sarah married Doug, a professional geographer, and together they have visited every continent except Antarctica. During these years of adventure they continually returned to Maine, to visit Doug’s parents and eventually purchased a summer home in Winthrop. Following an extended visit in 2006, she decided to remain in Maine full time. In addition to serving on numerous regional and local boards, she has also become an avid triathlete, who continues to cherish the outdoors.