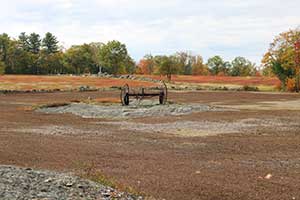 ©Caroline SabanDresden is a small town located on the eastern banks of the Kennebec River in Lincoln County. Historic sites in the town include Bridge Academy and the Pownalborough Courthouse.

Dresden was first settled as Frankfort in 1752 by German and French Huguenot immigrants. It was incorporated as Pownalborough in 1760 when Lincoln County was created in the Maine District of Massachusetts. On June 25, 1794, the town was incorporated with its new name, Dresden, as chosen by Lincoln County Probate Judge Jonathan Bowman.

The families who settled Dresden and those who were soon afterward sent there by the government of Massachusetts played a crucial role in the battle for American independence in Maine.